The last few years haven’t been the best of Alexis Sanchez’s career. It has given many the impressions that he’s past his prime and is far from being the player that he used to be at Arsenal or Barcelona. The move to Manchester United has gone on to become one of the most underwhelming signings in the club’s history. There seemed to be a lack of motivation, and with the money involved, it seemed like a move dictated by greed.

But in recent weeks, many things are pointing to the fact that the Sanchez probably hasn’t played this well since his Arsenal days under Arsene Wenger. Inter’s 3-1 win over Torino this week  has a confirmation of that, as the Chilean notched up a couple of assists and looked in sparkling form – once again.

For probably the first time in around two years, there seems to be a zip about Sanchez. He looks rejuvenated and gives the impression of being a player who is actually bothered about winning games for his team. He is moving quickly across the Inter front-two and his movement in the final-third is causing big problems for the opposition on a consistent basis. 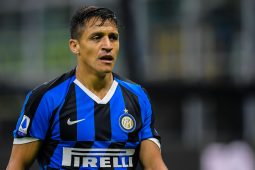 Apart from grabbing assists against Toro, the former Barca man sparkled against Brescia as well. He assisted twice again and scored once too. He got a vital assist against Sassuolo and even though he couldn’t score against Verona, the Chilean did impress with his desire to keep plugging away and nearly succeeded too.

He looks hungry for goals and hungry to contribute to goals as much as he can. The media has often been critical of his attitude in recent years. Reports have even suggested that he comes across as the selfish character that will be happy if he scores, even if his team loses. Whether that is true or not is anyone’s guess, but that doesn’t really ring true at Inter – at least from the outside. In recent weeks and months, Antonio Conte has been crying out for some depth and variety in attacking areas. He had tried to sign a target man like Olivier Giroud or Edin Dzeko in the summer and that didn’t work out. Sanchez was going through an injury patch and Conte decided to move Matteo Politano on, despite everything.

The Torino game saw Conte rest Romelu Lukaku, who had picked up a slight knock. For how important Lukaku has been to the Nerazzurri this season, not risking him at this point of the season was a big decision to make. But the fact that Conte trusted Sanchez to do a job beside Lautaro Martinez said a lot about how he’s earned the manager’s trust with recent performances. And he didn’t let anyone down.

He isn’t quite the tall and wiry forward that Conte ideally wanted in Giroud or Llorente and he isn’t the sort that Lukaku is either. But Sanchez brings that street-smart attitude that Conte really likes in his forward. That is exactly why he had a liking for Carlos Tevez at Juventus and for Diego Costa at Chelsea. And perhaps, that is why he likes Lautaro Martinez as well. Sanchez has this aura about him which can instil a work-ethic into a team, as it did for Arsenal back in the days. Sanchez’s workhorse nature allowed Giroud and Mesut Ozil to thrive in the freedom they got.

This might only be a spell for Sanchez. But like Christian Eriksen, even he took a while to get to grips with Conte’s approach to the game. The injury on international duty didn’t help. More than that, he had one of Europe’s best strikers pairing starting ahead of him and he had acquired a reputation for not being the best of characters either. 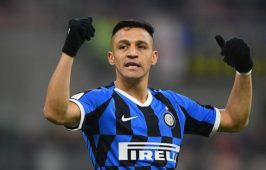 But somehow, the 31-year-old has fought through it all to become a very reliable goal scoring option for Inter at such a critical point of the campaign. They just have this assurance now that if any of Martinez or Lukaku don’t play; they have someone to fall back on. They didn’t have that with Politano or in the first-half of the campaign.

With talks reportedly on going about Inter signing him on another loan, Man Utd should ideally be looking at Sanchez’s form with some attention. Ole Gunnar Solskjaer’s men use quick attacking transitions and they too need depth to compete on all fronts, despite being unbeaten in 18 straight games. Sanchez’s future might be uncertain but it still rings true that on his day, he can still be a match-winner.